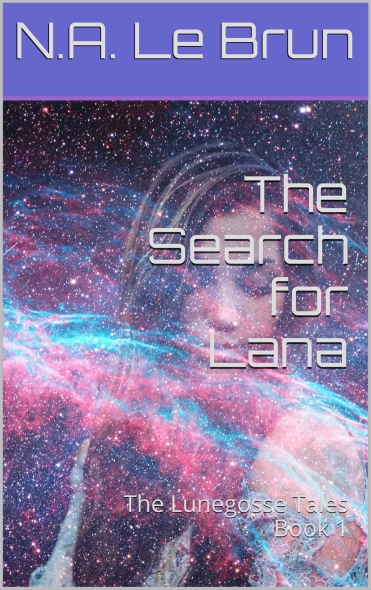 What would you do if you’d spent your whole life knowing that you were a little bit more advanced academically than your adoptive family, but when your biological family came looking for you, you found out it wasn’t just because you had a higher IQ? In fact it was your biological traits that were going to throw you into a cosmological war that has been going on for far longer than you’ve been alive, and you’re the one that has to end it?

Lana has always known she’s adopted, but when she meets her biological grandmother at school, she finds more than she’s bargained for. Introduced to her aunts, uncle, and biological mother, Lana discovers that her birth name is Lunegosse (Moon Child), and she’s destined for far more than she could ever imagine.

The first two books in the Lunegosse Tales Trilogy are currently available in paperback from Amazon, and online in ebook format from all good online retailers.  Book Three, The Final Battle, is due for release in 2018.