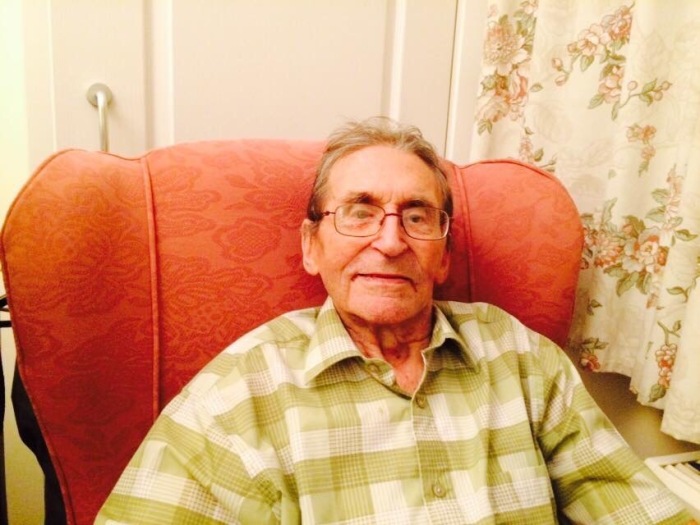 The man in the picture was my first ever hero; my Grandad, Alfred Charles (surname protected). He was a WWII Navy veteran, Princess Anne called him a liar when he told her his age, my mother sprayed an entire brand new bottle of Charlie perfume over his feet when he pissed her off and it was that that made him certain she was the right daughter-in-law for him.

Grandad made the best jams when I was growing up. He had a train set in the attic that was epic considering the tiny space it was set up in. He taught me how to care for fruits and vegetables in the garden, and repeatedly told me I didn’t have to be the way people expected me to be. When my father outed me to him, Grandad told me that I could call him ‘dad’ instead. That his son was in the wrong for kicking me out for loving women. He told me that he couldn’t care less whom I fell in love with as long as they never abused that love or me.

Grandad passed away yesterday evening. His heart literally just gave up. He was only a couple months shy of his 96th birthday. As a child and even as an adult I saw my grandfather as the unstoppable force. He was always so sure and so certain. It still hasn’t quite sunk in that my unstoppable Grandad has been stopped.

At a time when so many public heroes have passed on so quickly and suddenly, I want to make sure that one of my heroes and one of the many unnamed heroes of the British Forces is remembered. Thanks to veterans like my grandfather, I grew up on an island not under Nazi occupation, and I’m free to live as a disabled, genderqueer, lesbian boi.

A conundrum inside an enigma. View all posts by scribblenubbin